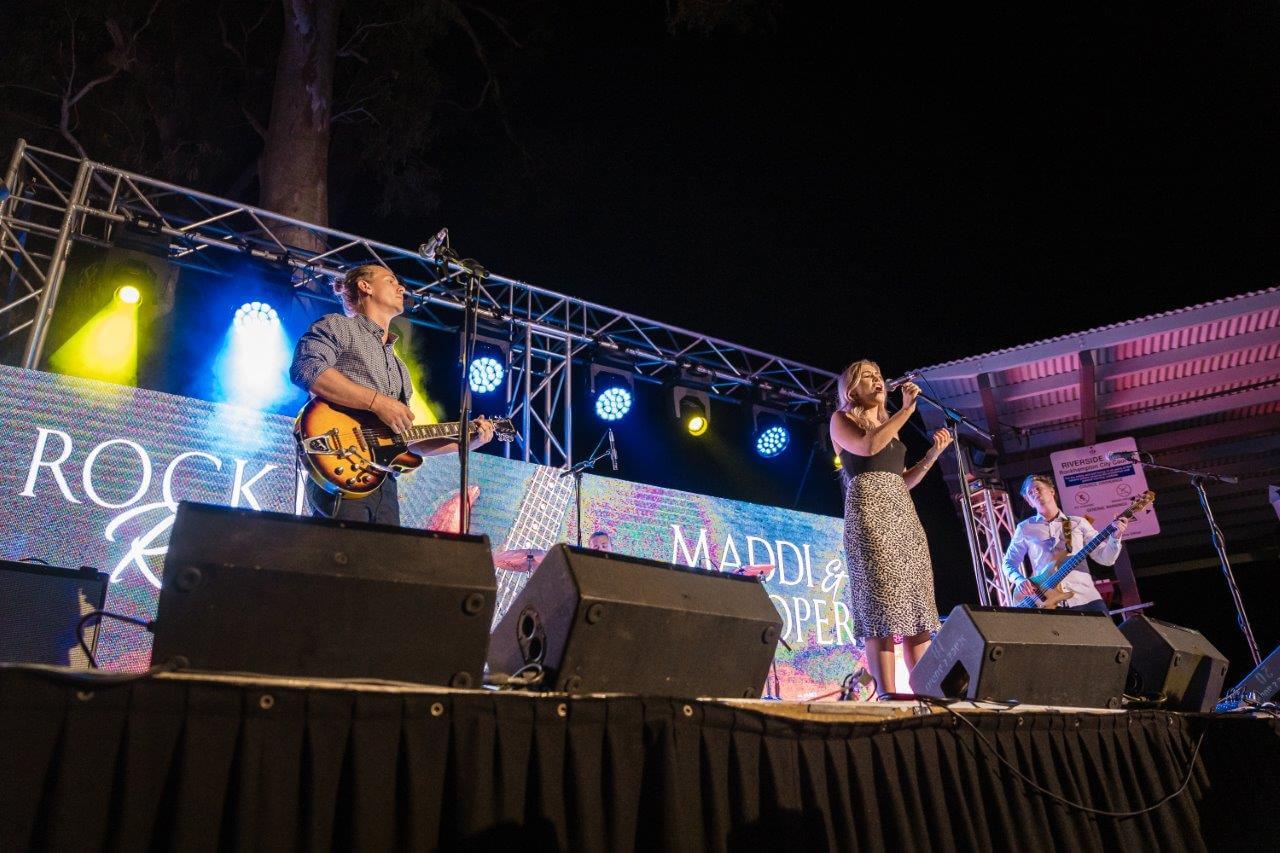 DJ Blake Hamlyn has been a renowned name in the DJ scene around Rockhampton and South East Queensland for over 15 years.

Currently based in South East Queensland, Blake has gained a reputation as not only a DJ but as an entertainer, leaving crowds stunned with energetic live performances.

Combining a unique blend of Electro House and Trap with acapella infills, Blake’s live sets have been described as emotional and exhilarating

bRad and the Pirates

bRad & The Pirates are excited to bring their fresh new sound to the Capricorn Food & Wine Festival in 2020.

Lead by arguably the most recognised voice in CQ, Brad Villiers (bRad) & join by the amazing musical stylings of Aaron Symonds & James Gordon, bRad & The Pirates are sure to entertain.

With a wide range of repertoire encompassing Top 40 hits to the classics and everything in between, you be wanting to sail the high-seas with the boys. A-Hoy me Hearties!

Brad Villiers is a well-recognised local personality and as such is one of the most sought after MC hosts in the Central Queensland area.

His voice is most recognised waking us up in the morning as a popular breakfast radio host.  He has also graced the stage of the Pilbeam Theatre, entertaining the audiences in numerous music theatre lead roles including Jean Valjean in Les Miserables & Mr Banks in Mary Poppins.

Brad’s hosting has offered him the envious opportunity of rubbing shoulders with celebrity artists during events such as ‘One Hot Night’ to receiving culinary tips from famous chefs at the Capricorn Food & Wine Festivals.

Kate has made a name for herself in the original music scene, having released 3 EPs and
toured both East Coast Australia and Europe, performing in festivals and venues across
Germany, Switzerland, France & the UK. Kate was the voice and face of the ‘Summer of
Capricorn’ tourism campaign, featuring ‘We Like’ from the EP ‘Bring Home More’.

Kate’s music has also been used on well-known TV series, including ‘Winners & Losers’ (AUS) and ‘The Listener’ (CAN) that have been broadcast nationally across both Australia and the USA. Highlights of her career include being the support act for Matt Corby, Mia Dyson, Bobby Alu, Diana Anaid, Sara Storer, Bill Chambers and Wendy Matthews.

Brothers in blood and in music, The Short Fall are Angelo and Ryan Conway. The siblings have earned a reputation as one of regional Queensland’s hardest working and most sought after live bands, performing with both original music & as corporate entertainers. With harmonies reminiscent of Crowded House, The Short Fall’s current single ‘Wait for me’ is a song about finding hope in dark times and is the perfect track for lovers of catchy guitar-driven pop rock.

RELIC is the culmination of reuniting the talents and experience of four musicians who honed their skills working the pubs and clubs of Central Qld and beyond since the early 80s.

Supporting bands like Russell Morris on Great Keppel Island, and upcoming gig with Darryl Braithwaite, you’ll also catch them at local venues around Rockhampton and Yeppoon.

Zac may have been born with a guitar in his hand. It is his lifelong dream to entertain. In 2015 he joined forces with Christian to form All Class. In 2019 the boys have decided to make a real go of things, they had dropped the All Class tag, and become the ‘Zac Cross Band’. Adding to the duo are insane guitarist Lachy and the professionalism of drummer Bailey. With the added punch of these two boys and the time Zac and Christian have already put in, 2020 finally has something good to come out of it, and that is the formation of the ‘Zac Cross Band’